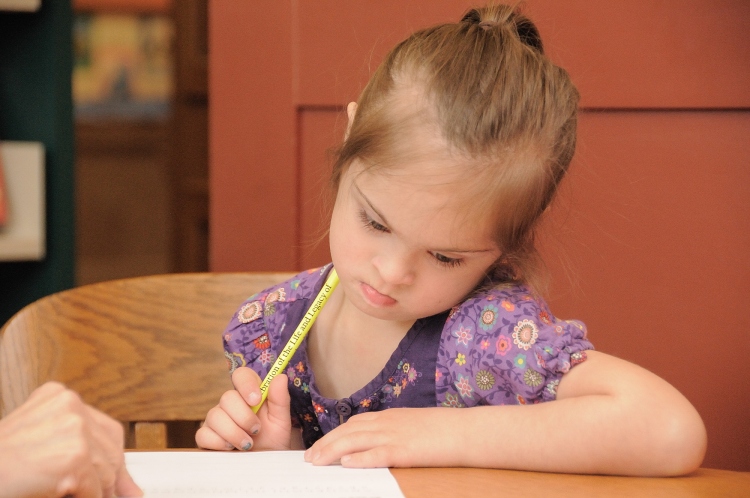 I was excited to read this article today about the return of cursive writing instruction in my home state of Connecticut.  I’ve been lamenting the disappearance of cursive, and in some cases, handwriting in any form, as keyboarding has become the method of choice for written expression. For children with disabilities, the switch from writing to keyboarding seems to happen at younger and younger ages.  So, as Diana Hanbury King wrote, why bother with cursive?  As it turns out, there is a growing body of evidence that handwriting –print or cursive–facilitates reading acquisition.

In studies comparing handwriting to typing or tracing, only handwriting was found to enhance a child’s letter recognition skills (James & Engelhardt, 2012; Kiefer, Schuler, Mayer, Trumpp, Hille & Sachse, 2015). Contrary to popular belief, handwriting is not just a motor task, it involves “the orthographic loop of working memory, which integrates the letters and written words in the mind’s eye with the sequential hand and finger movements during writing” (Beringer, 2012). This is why reading intervention programs often teach reading, writing and spelling simultaneously. For older students, taking notes by hand has been shown to be better for long term comprehension than typing notes on a keyboard (Mueller & Oppenheimer, 2014).

While I did not find any studies showing that cursive is superior to print, teachers often cite the following benefits of cursive, particularly for students with reading disabilities:

What are your thoughts? Parents: Is your child learning handwriting in school? Teachers: Do you teach handwriting?

I’d love to hear from you!

What are your thoughts? Cancel reply